A huge congratulations to Donnacha McCarthy and his guide Stephan Teeling Lynch who won a Silver medal at the Itu Para Duathlon world championships in Pontevedra Spain. 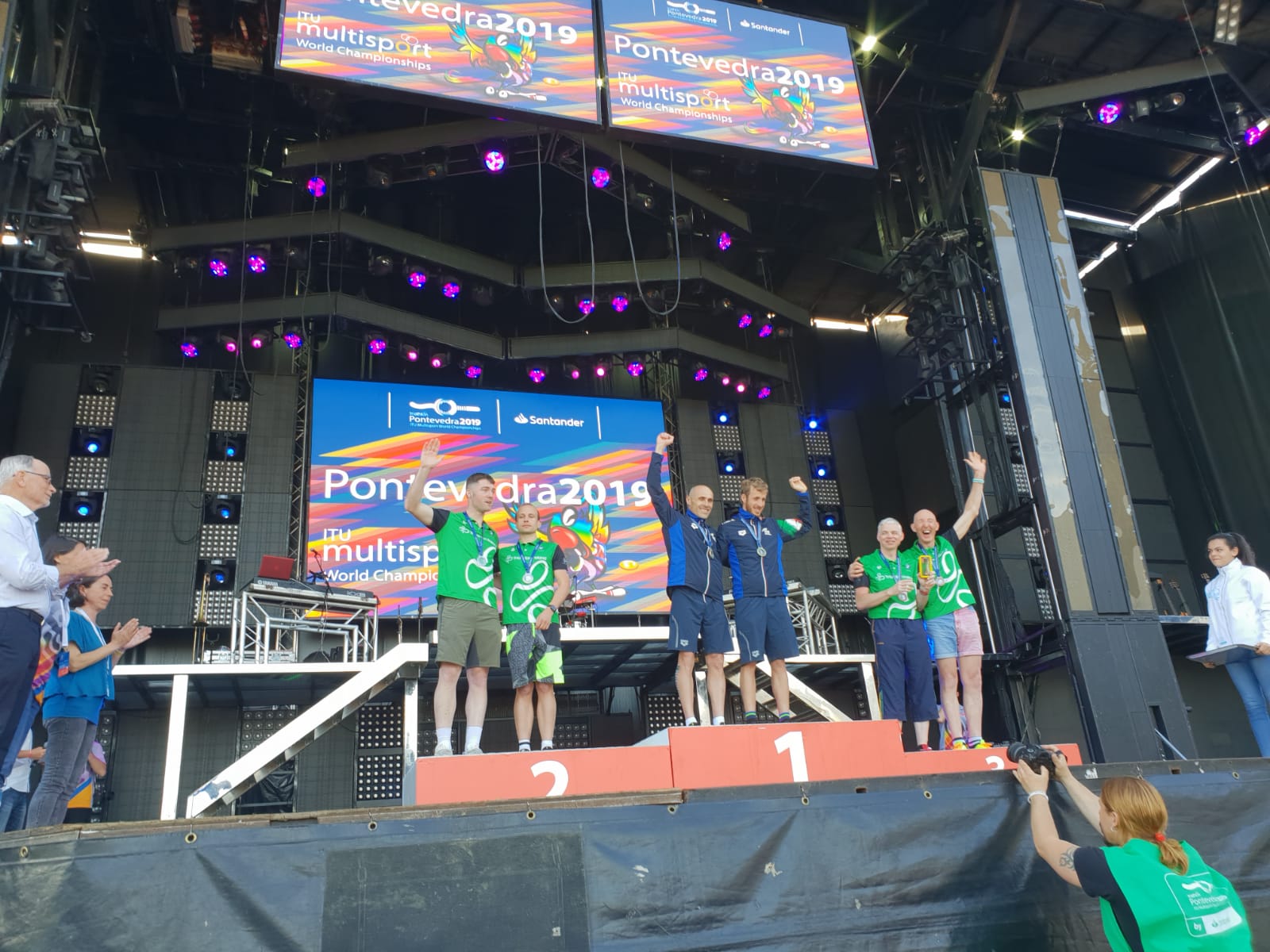 The Team of Donnacha and Stephan just missed out on being crowned world champion by an agonising 27 seconds losing to the Italian pairing of Loris Capapanna and guide.

The Irish pairing of Leo Hynes and guide David Tilley came home in third position a great race by the boys in green.

The Italians were not to be out done and attacked the 2 lap run course over 2.5km at the start passing the Irish duo and held a 100m lead with both teams neck and neck through out the run it came down to the last few hundred meters and the Italians were victorious.

The reigning Irish Para Duathlon champions had to settle for silver on this occasion but no doubt they will be back to this championship again chasing a better result.