Gotri Triathlon Club are once again holding their Summer Running Series on four Wednesdays in August.

The race series will consist of 3 x 5k races with the final in the race series a 10k race.
The run course is super flat and is perfect to get a PB and we are hoping that people will take part in the
series and track their progression each week.

Races kick-off each night at 7:30pm for the 5k races, with the 10k race starting slightly earlier at 7:00pm
Registration opens in St. Senans Rugby Club from 6:30pm, hope to see you there! 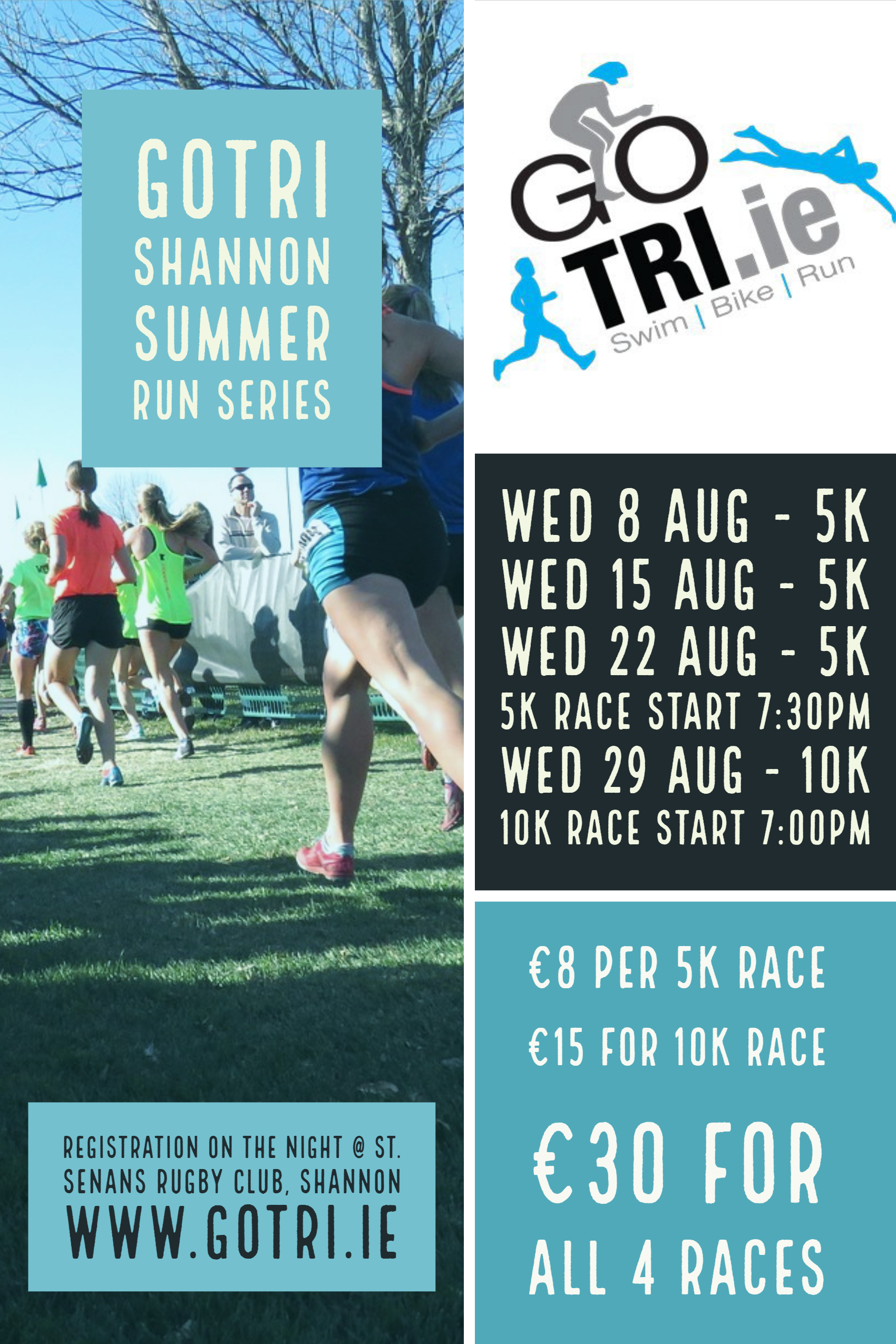 One thought on “Summer Run Series”