Do you learn anything the second time you're kicked by a horse? 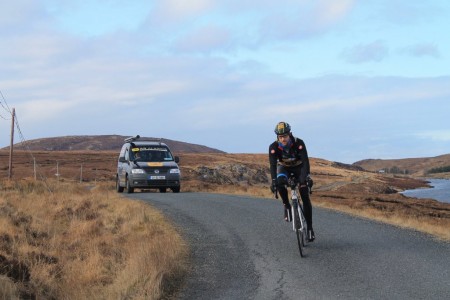 So I went back to The Race, despite all my claims that I’d never do it again. The start of it was the niggling regret of wasting 45 minutes sitting in a car before the final marathon section in The Race 2014 while I waited to regain the use of my hands from the freezing cold. So I definitely had regrets, nothing new there, and I felt that I could do better by preparing better. And then when so many of the lads in GoTri Adventure wanted to do The Race sure who was I to argue. I just signed up and went for it. But then the training load had to be weighed up versus other commitments. In the last year Barbara and I have welcomed our beautiful daughter Emma into the world so it’s been a really exciting and busy time for us. I’ve found that I no longer have any time for ‘nothing’, all of my time is now allocated somewhere so I constantly just move from one thing to the next, there is no lull and I’ve had to get absolutely ruthless with my time. Gone are the days when I could train whenever I wanted, now I have times that I can train and I have times that I can’t train and I have to make the most of the time available. Barbara said straight away that she would support me to try and make it work and Emma supported me too by being the best little baby ever. She loves her sleep almost as much as her Daddy . At work my 1 hour lunch break became a critical training slot for me but I was also very busy at work so trying to fit that in was often very difficult. Overall the challenge was to do better in The Race 2016 with less training than I did for The Race 2014. Not asking much really was I! 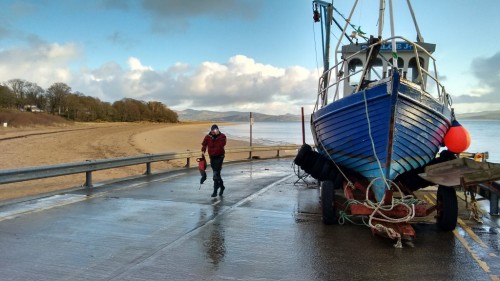 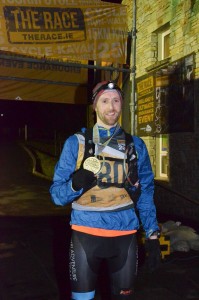 being able to knock one out after 210kms of racing. Phenomenal, inspiring, there aren’t enough words to describe the respect I have for his achievements.
It was great for all of us to be there together at the finish to congratulate each other. We all started out on the journey together many months ago and we brought it home. We lost one good man along the way with Dean running into difficulty after the kayak but he’ll learn from that and we’ll be there to support him in 2017 when he puts the record straight. The question will be how many of us will be supporting from the field and how many from the sidelines? And how many more will join us?
Finally I just wanted to thank some of the people who made the madness possible. To David Burns, Maghnus Collins and all the race organisers, thanks for yet another amazing experience. And sorry for cursing at you for a second time in two years after crossing the line David . To everyone who supported me in person, on Facebook or on text etc. We got amazing support from our clubmates in GoTri and from all of our friends and family, it’s incredibly uplifting to read through it. To the crew that came to Donegal with us and provided such amazing support - Daniel, Jim, Eleanor, Amy and Eimear. Ye were brilliant all weekend and it means so much to all of us to have you a part of what we do. Also to Martin Rogers in Killaloe for getting my creaking body moving like a young fella. He’s put a new lease of life into my muscles on his treatment table! And finally to my two biggest supporters Barbara and Emma, your support means the world to me and it’s the different between me doing what I love with a smile on my face and not wanting to do anything at all. I hope I can be as supportive to you some day - no doubt Emma will have a few challenges to throw my way over the years!! For me it’s time to focus on other challenges for a while, be it life commitments or athletic challenges, the next couple of years are going to be a busy time for our little family. I may not make it back to the start line in Donegal for 2017 but sure don’t ya know I’ll be up to something! Do you want to do it with me?? You should. You’d be well able for it. You’ll be grand 

Do you learn anything the second time you’re kicked by a horse?
Tagged on: adventure racing GoTri triathlon club shannon munster